Tuesday 16th October. The 5th FinTech Summit took place in Sydney. An all-star line-up of FinTech leaders and a sell-out crowd made this the best FinTech Summit yet.

The topics of open banking, the rise of challenger banks, the recurring themes of raising capital and hiring talent were all debated. But the prominent themes of the day were integrity, ethics and genuine care for customers.

There was a real sense of excitement in the room, with the audience recognising we are at the beginning of a new era in FinTech. Presentations by UP Bank and Xinja demonstrated the differences between a digital challenger bank and a neo bank.

Using ground breaking technology, Up (challenger bank) have taken an established bank and re-imagined the banking experience based on the premise ‘living not banking.’

Xinja (neo bank), on the other hand are building a totally new bank and new products, using technology to ‘bring humanity back into banking.’

A panel discussion with challengers Volt Bank, Athena Home Loans, Douugh and Judo Capital and a final presentation by Martin McCann of Trade Ledger painted an exhilarating future for Aussie FinTech. In 12 months time Australian consumers could be spoilt for choice. 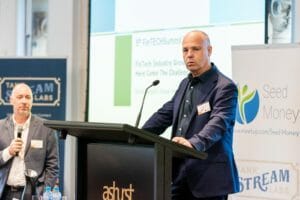 David Hancock of AfterPay opened the FinTech Summit with a fantastic presentation on customer trust. AfterPay has a market cap of AUS $2.6bn and is without doubt Australia’s greatest FinTech success story to date. The global growth story is astonishing, even Kylie Jenner wants AfterPay for her cosmetics business!

The paradigm shift in risk management, based on trust and customer care, has played a big role in AfterPay’s success. Social platforms, technology and access to data have all enabled the rapid growth and adoption of new business models. His words of advice to the major banks were

Katherine McConnell, CEO and Founder of Brighte shared her journey. Incredible to think exactly three years ago, Katherine arrived at Stone & Chalk with a vision and a laptop. Today, Brighte has written approximately AUS $200m in loans, has $90m banking facilities, with investors including Mike Cannon-Brookes and AirTree Ventures.

The 10x vision for Brighte is to enable the mass adoption of batteries in the home and play a pivotal role in making Australia a clean energy country. Despite all the success and awards, Katherine remains one of the most humble and accessible people in FinTech. It is fantastic to see the continued success of Brighte.

Xinja CEO, Eric Wilson was as passionate as ever in his mission to bring humanity back into banking. We caught up with Eric afterwards where he shared big announcements and a new product release (not Xinja Chocolate.)

Although unable to name names at this stage, expect announcements on high-profile board appointments. The series C funding round is coming to a successful close with lots of interest from overseas investors. Talks with regulators are on track. And the core banking system implementation (a world first partnership with SAP) is ahead of schedule. Hopefully all should be announced at the next AGM planned for November.

So, only one questions remains (quote Billy Zane in Zoolander)

‘Eric, when you gonna drop Android on us buddy?’

Values and culture are your business

The afternoon event consisted of 4 break out sessions on open banking, raising capital, regtech and compliance. Yours truly chaired a panel discussion with Kylie Vitale of Volt Bank, Kristen Holmes of Zip and Will Blott of Cover Genius. Three highly progressive People and Culture leaders with a pioneering approach to scaling businesses through Values and Culture. The value of hiring a People and Culture specialist in the early stages of growth is huge.

Open banking and the future of Australian FinTech

Martin McCann of Tradeledger ended what was an energetic event with a rallying call to action on open banking.

“If we make Banking as a Service a success, we could unleash Aussie financial muscle on international markets, on a scale never seen before”

What a fantastic message to end a landmark day.

Glen Frost deserves extra special praise for organising another standout Summit and for his continued and selfless support of the FinTech community. Well done Glen! 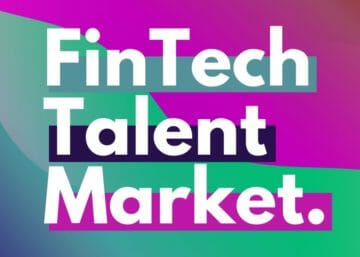