An alternative view of disruption

The world is going crazy. Fintech, Insurtech, Regtech, Bitcoin, Blockchain, Crypto, AI, Machine Learning, flying taxis, colonising Mars. We can’t deny there is disruption in the world. But what is disruption?

Is it the naughty school kid, desperate for attention, spoiling the class for everyone else, winning a few friends and a few laughs, but ultimately, everyone ends up losing out, all so that, for a fleeting moment someone gets recognised?

When we observe the behaviour of some ‘disruptors’ and how they are approaching business, one could be forgiven for making a similar comparison. There is a lot of  boasting, shouting and FIGJAM (F#ck I’m Good, Just Ask Me). Company valuations at a multiple of 300 are disruptive too, but not sustainable or even remotely viable. Now we have ICO’s generating $millions based on a whitepaper.

If you listen to the experts, the banks are doomed and extinction is just around the corner for every corporation on the planet.

Corporate Dinosaurs and the story of evolution.

You already know the story about dinosaurs: at the end of the Cretaceous period, 65 million years ago, a meteor struck the Yucatan peninsula in Mexico, triggering extreme changes in the global climate that resulted in the K/T Extinction. Within a not so short period of time (500,000 years to be precise) every last dinosaur, pterosaur and marine reptile had disappeared off the face of the earth, but crocodiles, oddly enough, survived and remain relatively unchanged in over 200 million years. I was keen to understand why and how. Nature can often present lessons we can apply in life and in business.

I won’t bore you with my research but this one theory really resonated.

Whereas dinosaurs came in all shapes and sizes, crocodiles have stuck with pretty much the same body plan for the last 200 million years.

Perhaps the stubby legs and low-slung posture of crocodiles allowed them to literally “keep their heads down” during the K/T upheaval and avoid the fate of their dinosaur pals.

Are we too quick to write off businesses as Dinosaurs when they may be Crocodiles?

You are most likely familiar with the story of Kodak, and how the executive team, by not embracing change, almost led the company to bankruptcy in 2012.

The last decade has witnessed the “meteoric” rise and then fall of companies such as Blackberry, Nokia and Yahoo. Blackberry once had 50% of the smartphone market and today has less than 1%. In 2007, Nokia had over 50% share of the mobile handset market. By 2010 it was less than 5% and in 2013 Nokia was acquired by Microsoft in a $7bn deal.

Wiped out overnight or slowly evolving?

Nokia and Blackberry were seemingly wiped out primarily because of the iPhone and Samsung Galaxy, and it didn’t take long. There are many theories as to why Nokia and Blackberry lost so much ground. The consensus is that executives’ failed to act until it was too late. These were both solid companies and ironically, were successful because they were the innovators of their time. Very quickly their products became obsolete or did they?

Many enterprises are now concerned about the impacts of disruption. The fear is that entire industries will be wiped out overnight. The term Uberisation has been coined to describe industry disruption. Uber has grown from startup to a $70bn global corporation in just seven years. But even Uber is potentially facing its demise. This ‘disruptive’ business model is currently running at a $2.5bn annual loss, hardly the blueprint for business success.

The Blackberry – It is making a comeback.

There are lessons we can apply to our careers. The reality is that change will always be constant, evolution is constant. And extinction is just around the corner (well 500,000 years away) for any executive who does not consistently adapt.

The most successful businesses today take existing ideas, technologies, and business models, then cross-pollinate. In this process, entire new industries are forming. To execute on such ideas takes vision and a diverse skill-set. Being a generalist is a massive advantage for today’s executive.

How executives can become crocodiles, not dinosaurs.

If we look closely at Kodak and Blackberry we see businesses that have ‘put their heads down’ and are re-emerging.

Kodak is still alive and targeting the imaging business.

Blackberry posted revenues of $2.1bn in 2016 by returning to its roots and focusing on security (one of the main reasons why the phone remained popular with corporations). With Cyber security a major threat, will we see the Blackberry thrive in a VUCA world?

Disruption is a word that many executives have become conditioned to fear. And it has caused many companies to chase the latest, brightest and shiniest things. Perhaps, like the crocodiles, leaders would be better served ‘putting their head down’?

The stories of Kodak and Blackberry give me the courage to tackle, head-on, the unprecedented changes in today’s world. My mantra from now on, be a crocodile, not a dinosaur. 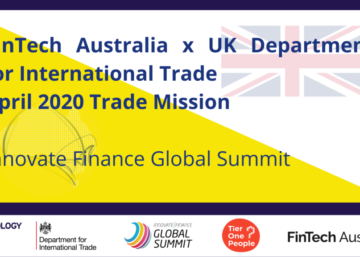 Innovate Finance Global Summit 2020 kicks off in London on April 20 and Tier One...

"Good leaders really understand that it's not about them. It's about what they can do... 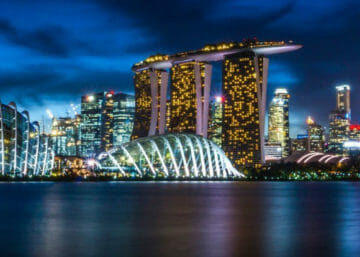 "The Singapore Fintech Festival confirms Asia as a huge opportunity and one Australian Fintech Startups...